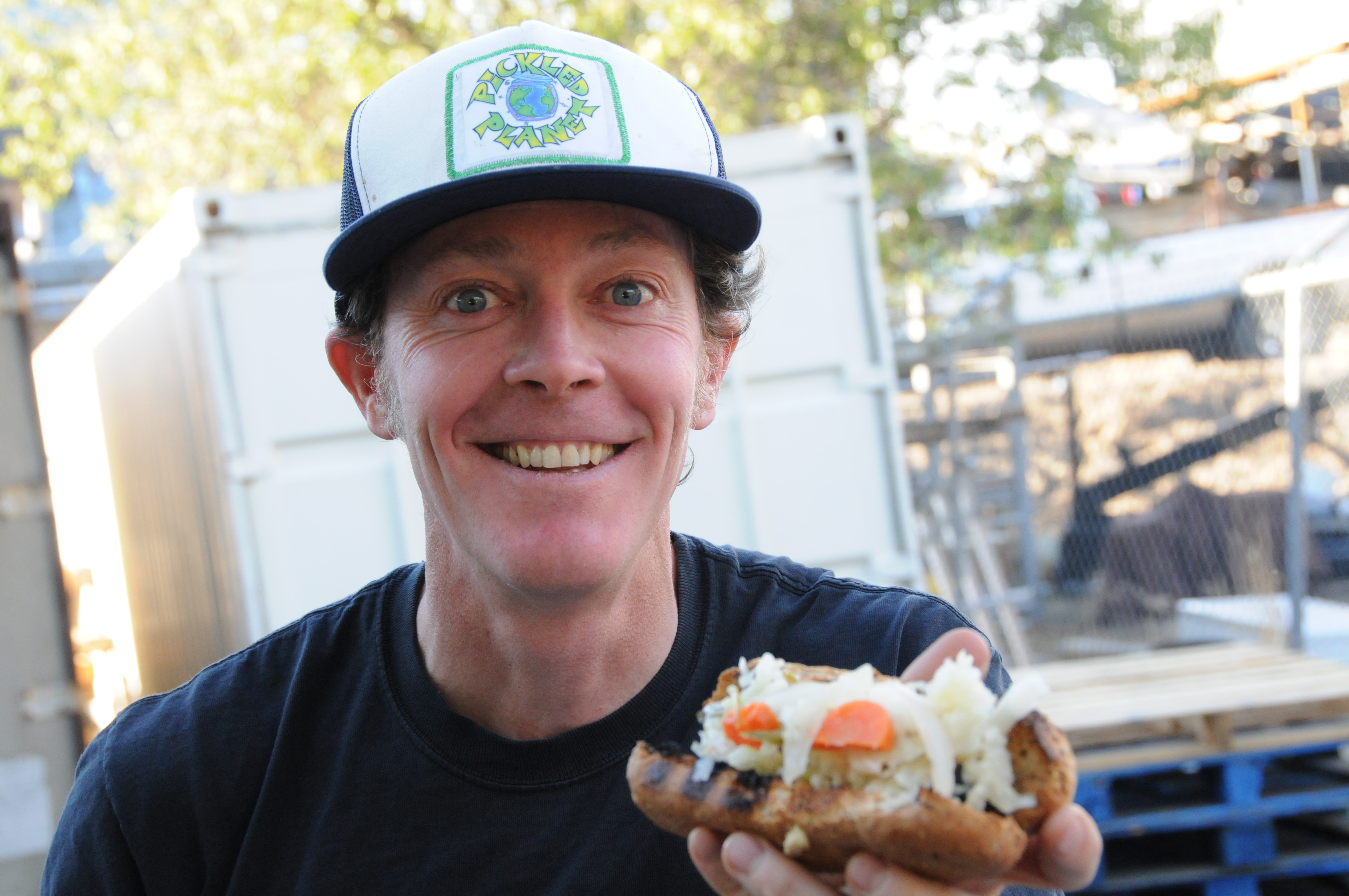 Pickled Planet was started by Courtlandt (sounds like Portland with a “C”) Jennings circa 2002 in the small hamlet of Ashland, Oregon. Though he didn’t have much, Courtlandt (“Co”) had a desire to make the best organic fermented vegetables in the Northwest (the inspiration), the savings in his bank account (the “capital”), plenty of local produce (location, location, location), and a free kitchen to start in (the lucky break). That was enough for Co to start making his delicious ferments. In just two years, Courtlandt’s organic fermented vegetables were available state-wide!

At age NINE, Courtlandt had a health problem and had to quit eating sugar and white flour. As a result, he began shopping at health food stores. Exposure to alternative eating, self healing, and various subcultures began feeding his curiosities and his passions.

Just after high school, Courtlandt trained and began practicing massage. At the same time, his interest in fermentation and lifestyle politics grew, propelling him forward along the journey of alternative living, activism, spiritual balance, and making his own way. He has been a Breema instructor for 15 years and has run Pickled Planet since 2002. Find him at the skate park, or on the mountain, jumping into lakes, hiking deer trails, or just relaxing in the sun; for sure having fun!

Starting a company focused on organic fermented vegetables wasn’t hard leap for someone who had been fermenting things since high school.  Back then, Courtlandt’s fascination started with bread. His focus quickly shifted to beer, kombucha, sprout water, rejuvelac, and finally, pickles and krauts. Still, the list grows on and on.

Our mission is to produce and sell lacto-fermented foods with a brand that inspires humanity and raises awareness about the importance of organic fermented vegetables in our diet and lifestyle.

Our vision is to help return balance to our living systems through the process of our business. We do so with every step we take as a company: providing a living wage to employees; buying produce direct from farmers; providing organic fermented vegetables; laying a path towards health for our customers; sharing important information about health and the environment; diverting waste streams out of landfills; using 100% organic ingredients; utilizing 100% post-consumer paper in our office and labels; offering bulk options and re-claiming jars; in summary – by building our business model around what helps the world, even if it costs more.

Why Are We Here?

Pickled Planet is a response to our modern world and its “diet gone mad” on hyper-processed and pasteurized food and hyper-imbalanced wealth/power distribution. We want to help in the gathering of experience and appropriate perceptions for reality as it really is… We want to help in the pursuit of a healthy balance between our species and all our relations: our human ecosystems; natural ecosystems; gut ecosystems; the cyclical capture of solar abundance; and the technological maintenance of lifestyles. In other words, to have our kraut and eat it too!

The Planet is in a Pickle, people. What are YOU doing about it 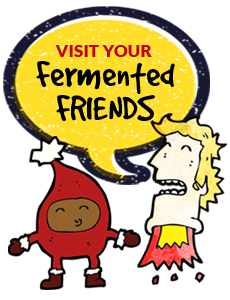